2. Some Rift Defence Quests have been updated.

3. Changed maximum entries for some instances.

1. Number of maximum entries to Azoturan Fortress, Indratu Fortress has been reduced.

2. Issue with the Steel Rake Cannon not working properly making the progress to the next boss impossible has been fixed.

2. Issue with the final boss in Rentus Base's Fate and Rentus Base not following his skill pattern has been fixed.

3. ‘Piyama’ has been placed in front of Asmodian Fire Temple entrance due to Elyos attacking this NPC.

4. Names of some monsters in Alquimia Research Center have been changed.

1. Spiritmaster's skill Large-Scale Absorption can now be used from up to 25m away from the target depending on the weapon.

2. Tooltip of the Aethertech's skill Sprint Strike has been fixed.

1. Areas where some defence quests are triggered have been extended.

- In areas where relevant camps are and opposite race can attack.

2. Rewards for some quests that are no longer unusable have been removed.

1. Buff tooltips are going to display the duration of active skills from now on.

- New Feathers can be purchased from the Feather NPC in both capitals and can be looted with low probability from some instance bosses.
- Feathers Ornament box can now give two new Feathers.
- Enchanting new Feathers has following setting with bonus attributes after +5.

2. Tooltips of items from the Dragon Lord Beritra's Set will now show that there is a hidden effect when full set has been equipped.
3. Ceramium Coin's description has been changed.
- Original: A coin that can be used in Katalam.
- Updated: A coin given to a Daeva for outstanding performance.

1. Function to turn ON/OFF guardian pet sounds has been added.
- To check this function go to [Options - Sound Options - Function].
- If this function is turned ON (default setting) you will hear all alert sounds.
- If the box is unchecked you will no longer hear pet alert sounds. 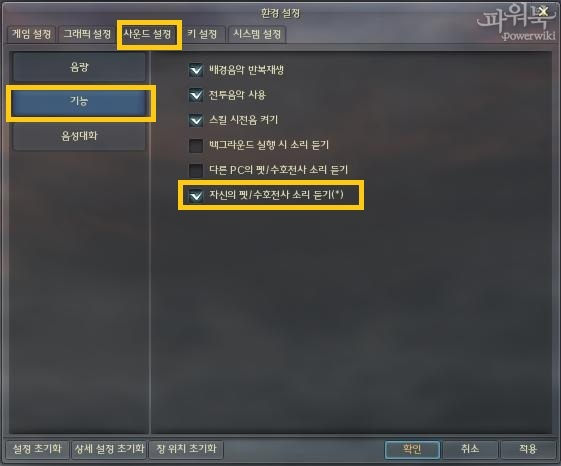