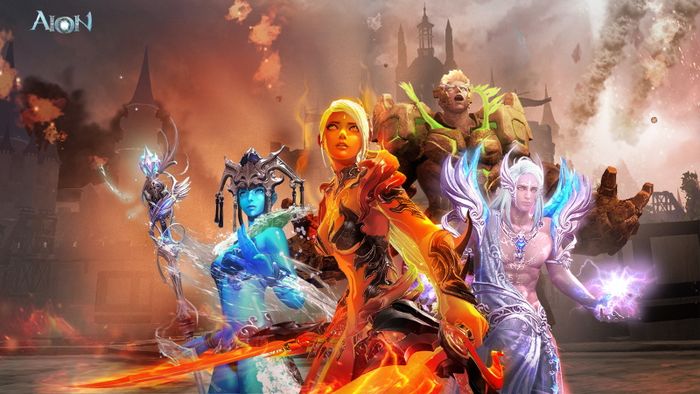 The true power of a High Daeva

With the April 6th Update, the true power of High Daevas has been unlocked.

1. New transformation skills can now be learned through Creativity at level 75.

- 75 level character can learn each skill by enhancing basic transformation to stage 5 through Creativity.

- The transformation will remove any enhancing (active skills, mantra skills) / debuff effects from the character, and the transformation-only skills will become usable.

1. New 'High Daeva Skills' have been added. Use Creativity to unlock them.

- Some High Daeva skill can be enhanced up to stage 5.

- High Daeva skills can be easily distinguished by additional border around the skill's icon.

1. New UI for the level 75 High Daeva transformation skills has been added.

- Tooltips for the transformation skills and increase/reduce Creativity buttons have been added.

2. 'High Daeva Skills' tab has been added to the Creativity window.

- Existing 'Skill Enhancement' tab has been renamed to 'Daeva Skills'. 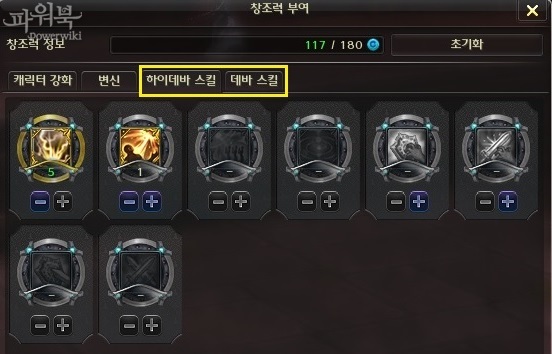 3. Altitude display has been improved.

- The way the altitude is being displayed has been changed.

- Distance and Altitude Difference will now show in the NPC's tooltip on the map.

4. An issue with instance rewards displaying incorrectly in the Instance's final score window has been fixed.

5. When moving between live and rookie server a pop-up window will now tell the players about experience differences.

6. When trying to enchant a Stigma stone with a wrong material, a system message was not always being displayed. This issue has been fixed.

7. UI related to acquisition of a Vision Stigma has been fixed.

1. An issue with the final boss in the Garden of Knowledge not always proceeding to the next transformation stage has been fixed.

2. Level of monsters in the Steel Wall Bastion has been increased to 68.

3. The exit from the Aturam Sky Fortress has been changed to make it easier to recognize.

4. An issue with Anuhart not being affected by particular skills in Kroban Base has been fixed.

5. An issue that causes bosses in the Library of Knowledge to maintain enhancing buffs after failing to kill them has been fixed.

6. Doors to the Kromede's Room in Fire Temple of Memoeries have been changed to make them easier to recognize. 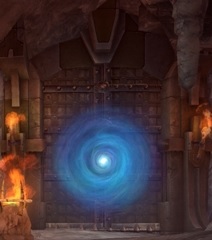 1. An issue with defending officers in Esterra, Nosra displaying incorrectly has been fixed. 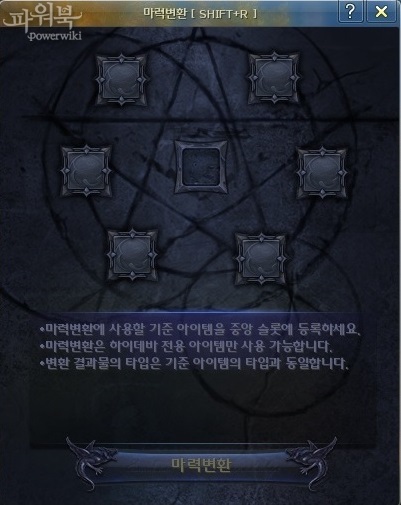 - Magical Morph can be used with weapons/armours/accessories and standard/material items.

- Magical Morph requires Standard/material items that can only be used by High Daevas.

- Magical Morph has a chance to provide a player with additional compensation.

- Unlike with the existing Material Conversion, there is no additional cost.

2. NPCs in the Refuge of the Returnees will no longer sell removed potions.

4. Ingredients and the formula for Recovery Potions have been changed.

5. An issue with removed potions still being obtainable in some instances has been fixed.

6. An issue with some items displaying incorrectly has been fixed.

1. New Fire Templar quests can be accepted at level 37.

2. Rewards for following quests have been changed.

3. Experience for some level 20 ~ 24 missions and quests has been increased to speed up the levelling process.

4. You will now receive a Stigma bag for completing the
[Learn Stigma] Ascending Stigma Skill
mission.

1. Parts of Esterra terrain have been modified.

2. The topology of the Garden of Knowledge has been modified.