3. Windstreams added to the Abyss

1. Gold Arena has been added.

- Gold Arena involves 32 people, and puts players regardless of their race and server in a tournament-like 1:1 matches.

- Only High Daevas can enter the Arena, and only when a special admission button appears on the screen.

- If the application is complete, you will be moved to the Gold Arena Boot Camp.

- There are various NPCs you can use while waiting in the Gold Arena Boot Camp.

- When the battle is determined it will be shown as follows. 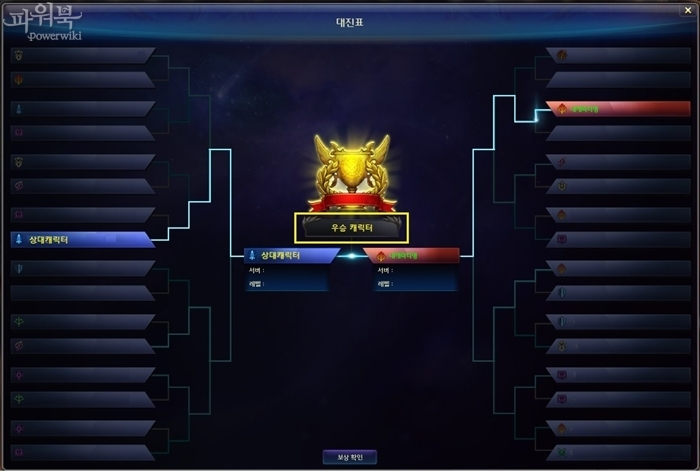 - You name is displayed in red, and you can see who is competing against who.
- Characters in the Finals will be displayed in the center, and whoever wins will be shown above.

- When you enter the Gold Arena , you will have 1min to prepare, and 5min to defeat your opponent.

- When the battle starts, you will receive 'Golden Keen Eye' buff that lets you see players in hiding every 1min.

- Some special skills and items will not be available in the Gold Arena .

- When dueling, you will receive 1 point for every kill. Whoever scores 2 points first, wins.

- If five minutes passes with a tie, extra time of two minutes begins, during overtime, whoever scores a point will win.

- When the extra time also results in a draw, the winner is determined based on the level and vitality.

- If the player on the other side does not enter the Gold Arena , you will advance to the next match by default.

- Rewards for each round can be seen in the [Rewards Confirmation] window in the Tournament Box.

- When in the Gold Arena Boot Camp, click on the sword icon in the Tournament Box next to the waiting details.

- You will obtain for defeating your opponent in each round. You will receive different rewards for each stage.

2. The vitality of bosses and Dredgion Nuclear Power Supplies in the Sanctum Battlefield, Pandaemonium Battlefield has been lowered.

5. Vitality of the Rift of Oblivion's boss, Special Forces Commander Gegares, has been lowered.

6. An issue that was preventing players from using level 75 transformation skills inside the Rift of Oblivion has been fixed.

1. Battlefield Union configuration has been imporved.

2. You can now apply to the Battlefield Union from any position.

3. An issue that was causing players to disconnect from the game when a siege started has been fixed.

1. Some High Daeva skills have been changed.

Transformation: Avatar of Earth has been lowered.

- Changes to transformation-only skills are as follows.

1. The amount of food Magical Crafting pets need to create materials has been lowered.

3. Enchantment Stone Dust can now be produced through Magical Crafting.

- The design will be acquired automatically, and necessary materials can be purchased from an NPC.

4. An issue with chain shoulder from the High Guardian/Archon Commander/Protectorate's Set giving Attack has been fixed.

5. Augmentation effects on the High Guardian/Archon Commander/Protectorate's Set will now be corrected based on the Recommended level.

1. Gold Arena quests have been added.

2. An issue that was preventing players from continuing or abandoning remaining Emergency Command quests has been fixed.

- Acquired or in-progress quests can now be abandoned.

3. Fixed an issue with a message showing up after completing the Lower Abyss quest,
Redeeming Ladacus
.

1. Arrival point after using Abyss teleporters in Signia/Vengar has been fixed.

1. You will now be able to move to the upper abyss from the lower abyss landing.

1. The resurrection Kisk in Sanctum/Pandaemonium has been moved. 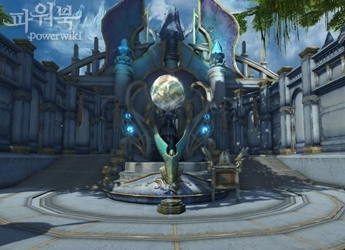 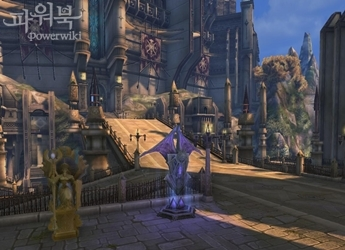 2. The arrival position after using returning skills and scrolls to Sanctum/Pandaemonium has been changed.

3. New windstreams between landing sites and fortresses in the Upper Abyss have been added.

- You can board or exit the windtream midway.

4. Areas around Reshanta fortresses from witch you are teleported out when the siege begins has been extended.

1. An issue with house names displaying incorrectly in the auction house has been fixed.

2. An issue with images displaying incorrectly after opening shops has been fixed.

3. When more than 100 people were in one Battlefield Union, some text would display incorrectly. This issue has been fixed.

4. After exiting the fortress area, the siege HUD would sometimes remain visible. This issue has been fixed.