1. Benefits of Shugos negotiators in the Lower Abyss Fortresses have been changed.

- To send mercenaries to a fortress, talk to a Shugo negotiator.

- Dispatched mercenaries will remain for 10min, and will attack Balaurs and characters of the opposite race.

2. The raging monsters that appear when Anoha Fortress in Kaldor/Lower Abyss Fortresses have been occupied a set number of times will now appear 2 hours after the last necessary conquer instead of 1 hour. Also, the raging monsters will disappear after 2h regardless if someone is attacking them or not.

3. Remaining time of the Raging monsters in the Upper Abyss will now be displayed as a system message.

1. You can now register the conditions under which you can use specific skills to the quickbar.

- When the conditions are met, the icon will change to the corresponding skill.

- Conditions and related skills can be viewed under [Skills – Chains].

Icons of condition to stat relation

- Existing Ancient Manastones can be socketed into General Manastone slots.

- However, Ancient Manastones cannot be used on High Daeva items.

- A General Manastone can be mounted into Ancient Manastone slot once the Manastone has been removed.

2. Eternal Ancient Manastones can no longer be obtained.

- These Manastones will no longer drop, be rewarded for quests, and rewards for the Territorial Battles have been changed.

3. Abyss items can now be Augmented regardless of the player's rank.

4. Round-trip scrolls have been added.

- After using the scroll, and moving to your main city, you will have 10min to use a return button and teleport back to your original position.

- In certain areas, you won't be able to return back. In such cases, a system message will pop up.

5. Dye Remover and Pattern Reshaper can no longer be purchased.

- Dye Remover and Pattern Reshaper can now be discarded.

6. An issue with pet accessories that you can select before hatching an egg has been fixed.

7. Enhanced Illusion Godstones have been added.

2. An issue with items for the Asmodian quest
[Instanced Dungeon/Daily/Group] Weapons of the Ashunatal Dredgion
has been fixed.

3. Dye Remover has been removed from quest rewards.

4. An issue with the Elyos quest
Deliver on Your Promises
, and Asmodian quest
Following Through
rewarding players with low-level equipment has been fixed.

1. An issue with Wings Fx not displaying when a gliding character presses forward has been fixed.

1. You will now be able to summon guardian angels through the same NPC as pets.

- NPCs that were summoning guardian angels have been removed.

- Manastone Removers have been removed across all Atreia but from Sanctum/Pandaemonium.

3. NPCs on the Sky Islands will now appear in longer intervals.

4. Amara's dialog has been corrected.

1. Issues with Speech-bubble titles have been fixed.

2. An issue with item recovery not showing the item's tooltip has been fixed.

1. New features have been added to the Modify/Boost window.

- When you register an item in the Modify/Boost window, the window will open the first available option. 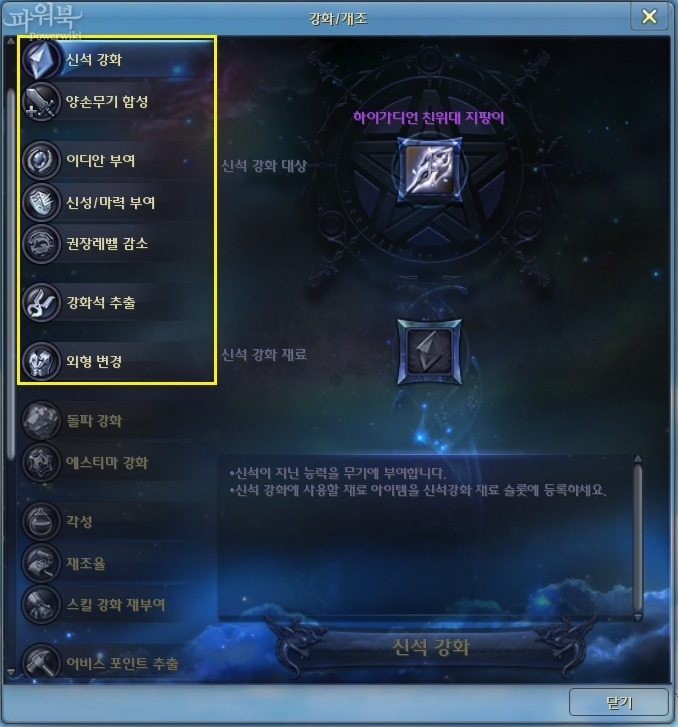 2. Allocation of Creation Points will work even if you press the button very fast.

3. The way you move between map layers (M) has been changed. A map of the whole Atreia has also been added.

- To go to the sub-map, use the left mouse button as before.

- To go to a higher layer of a map, use the right mouse button.

- Click on the 'Full Map View' to see the map of the whole Atreia. 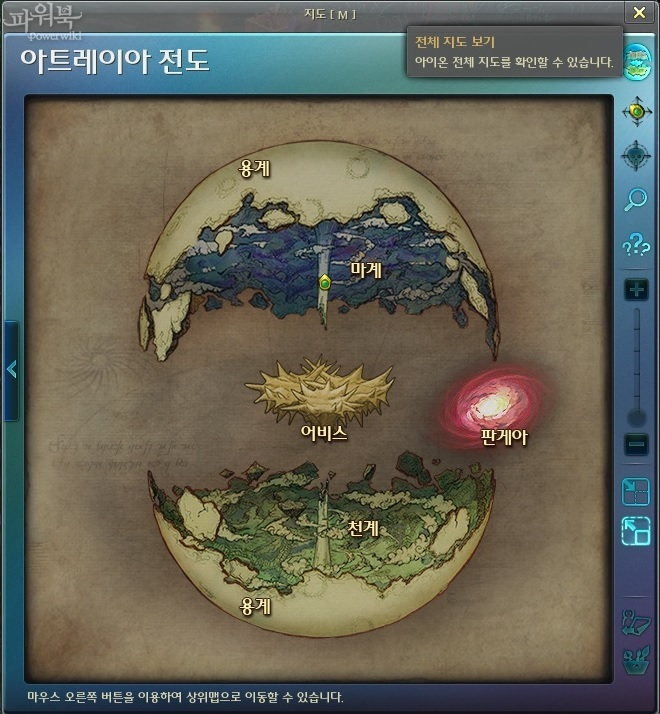 4. An issue with the rank tab not always displaying all the information has been fixed.