1. You can now set up multiple sets in the Profile window.

- To create, save, and later use a Set, click on the [Equipment Set] button at the bottom of the Profile window.

- The function to display the Legion Cloak has been moved to the top of the window, just above the Wings icon.

2. Depending on the number of people in the group, it's members will benefit from an additional effect.

- Different effects will apply to groups with a different number of members.

3. A group can now join another group.

- A single party can be formed through party-to-party invitation feature.

- You can invite and apply to groups the same way you did so far.

- This function is available as long as the total number of players in the new group would not exceed 6.

- In the combined group, the players from the invited party will turn into regular members.

- Drag skill icons to empty slots to use them one by one.

- ‘Custom Skill Chain’ can be found after opening the Skills [K] window.

- You can register 5 sequences, each with up to 4 skills.

- After registering a skill chain, you can use it from the quickbar.

- Use the 1st skill in the chain, and then the other.

1. Weekly rewards dependable on the position in the Abyss ranking have been added.

- You can check weekly rewards in the Abyss Ranking window.

- The weekly reward is calculated every Monday at 12:00 and send my mail. 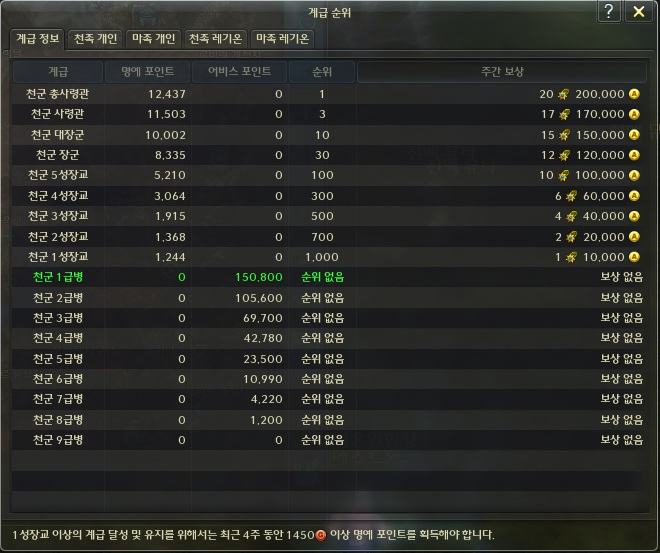 2. Fixed an issue where some NPCs near Kaldor fortress did not react to players of the opposite race.

1. Information in the Instance Info window has been changed.

- Entry level has been removed, instead, you will now see a recommended entry level.

- The difficulty will no longer be displayed in a form of an icon (◆), instead, you will now see a number.

- Entry level can be seen when hovering the mouse over an instance entry on the Map (M). 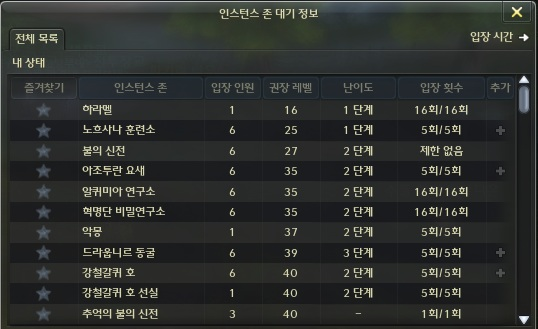 2. Conditions under which you can form a group while inside an instance have been changed.

- While inside a solo instance, you will no longer be able to join a group.

1. The setting for obtaining items after unsuccessfully enchanting High Daeva items have been changed.

- The probability of getting back the socketed Manastones/Godstones has been increased.

- You will no longer obtain Enchantment Stone Dust. However, the number of crafting materials has not been changed.

2. Fixed an issue that was sometimes preventing players from socketing Manastones into empty slots.

1. An issue with sound not playing in certain regions has been fixed.