Even now, when Dragon Lord Apsu is no longer present, the Snowa use Apsu’s Power to defend the Altars.

According to the size of the Altar, the number of enemies and their difficulty will be different.

At the beginning of the Siege, all Altars will be occupied by the Snowa. The race that succeeds in defeating the Snowa and their Priest will take control over the Altar.

You can acquire Abyss Points by defeating Snowa, the Priest and destroying the gates.

Medena and Nulla are also responsible for the Dumaha Officer/General Quests.

Apsu’s Blessing can be activated at an Altar before the siege.

When that happens, special NPCs that can only be used by members of the Legion that captured the Altar will appear.

② In place of Snowa members, friendly NPCs will appear

② When enough Snowa have been defeated, the Stella Industries will send supporting Machines that can be boarded

When you succeed in sieging an Altar, your rewards will be sent via mail.

When a Legion occupies an Altar Blessed by Apsu, one of 5 NPCs will appear.

However, the NPC can only be used by members of the Legion that captured the Altar. 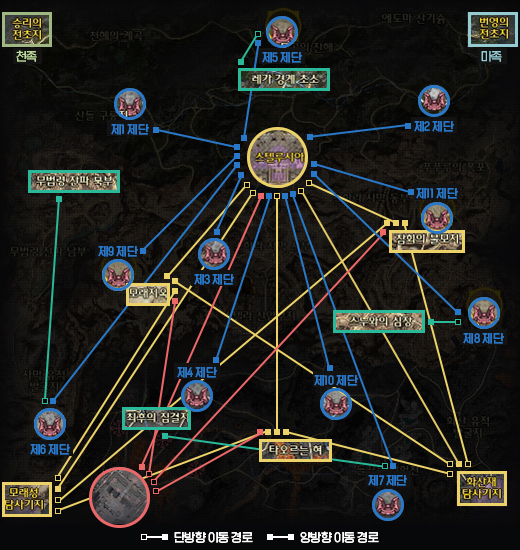