The Giant Lakrum Fortress is being occupied by the 3rd Dragon Lord Ereshkigal. who wants to take control over Aion’s Sacred Relic. 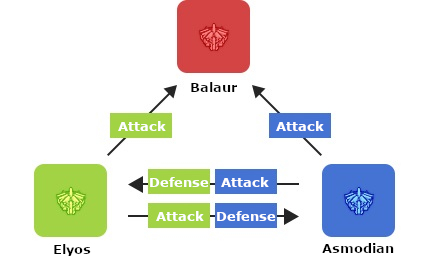 The way you proceed depends on the race and the current situation.

If the fortress is being controlled by the Balaur, both Elyos and Asmodians will attack the fortress.

If the fortress is controlled by the Elyos, Elyos will defend their position, while Asmodians will be attacking the castle. 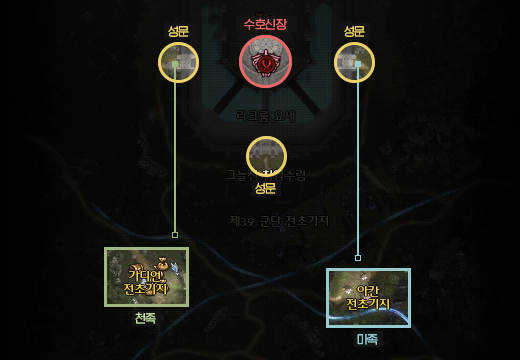 Even if you do not use the Legion Advance Corridor, you can still participate in the siege.

① Destroy the Shield Generator to remove the protective shield from the gate.

2. Depending on the race, destroy either the left or the right gate.

Once the gate is destroyed, the central gate will disappear and NPCs of the race that destroyed the gate will appear. 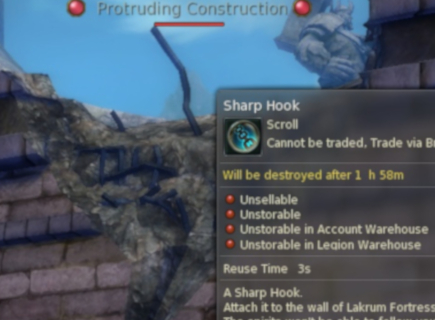 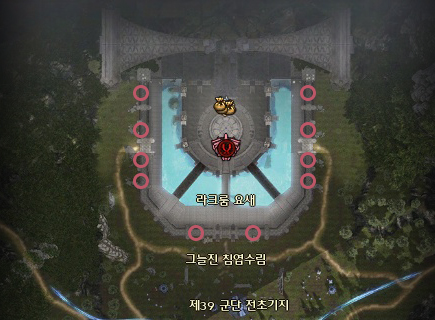 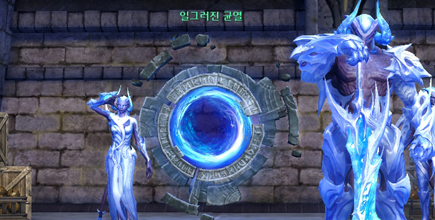 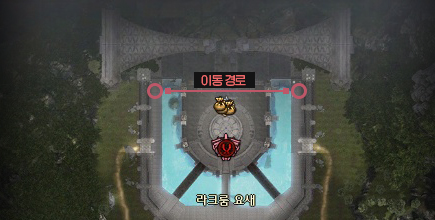 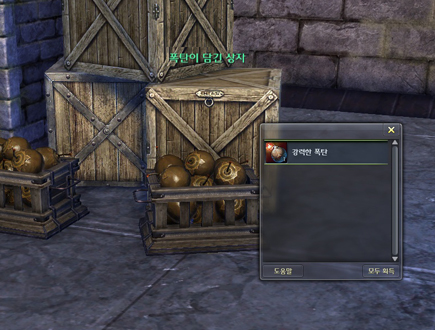 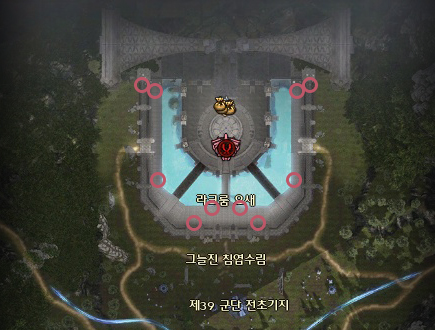 You can earn rewards based on your individual contribution and the end result of the siege. Rewards will be sent once the siege is over and can be claimed from the mailbox.

If you have been defeated but you participated in the siege, the following rewards will be awarded based on individual contribution.

You can acquire Honour Points by killing certain monsters that appear during the siege.

The number of Honour Points depends on the rank and the type of the NPC.