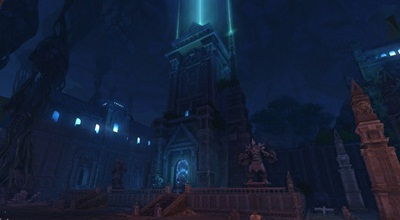 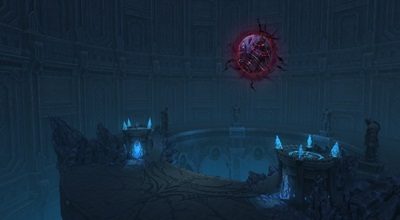 Senekta is an ancient Aion’s Temple located deep within Lakrum Fortress. 3rd Dragon Lord Ereshkigal is currently in Senekta trying to gain overwhelming power by taking Aion’s Sacred Relic for herself. After successfully conquering the Lakrum Fortress, troops were dispatched to find a passage to Senekta and defeat Ereshkigal.

However, despite having confirmation of success from the first team to enter the temple, any further communication has been cut off. Even when additional troops were dispatched, they were never heard from again. Elyos/Asmodians must gather most reliable people and organize a second wave. The second wave will now head to Senekta with a sense of duty to take Ereshkigal down once and for all.

- The entrance is located inside the Lakrum Fortress when occupied, and Archon/Guardian Outpost when it’s not.

However, it cannot be accessed when the fortress is occupied by the Balaur.

2. New Hererim Mine Instanced Dungeon has been added. 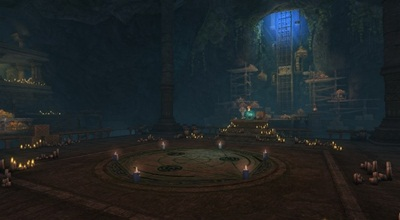 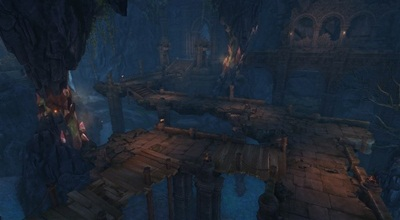 - Can be entered from a Lakrum Garrison.

3. New Illumiel Battlefield has been added.

- Admissions are available through application UI.

4. The number of warrior marks you can obtain from battlefields has been increased.

5. Makarna of Bitterness entrance has been moved and the number of entries has been changed to 4 times a week.

- Additional entries can be purchased with Quna.

6. Buffs will no longer disappear from the Character when entering Kubrinerk's Monster Cube Laboratory.

7. An issue with Kubrinerk's Monster Cube Laboratory entrance remaining on the map even after the admission period was over has been fixed.

1. Pandora Complex has been added. 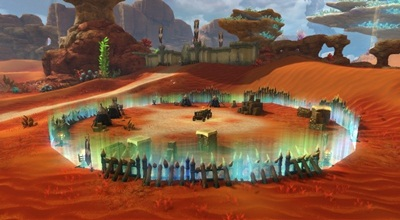 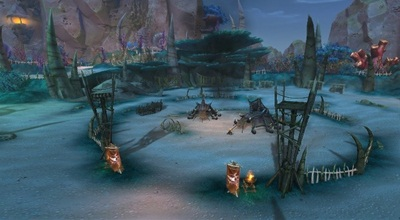 1. Ereshkigal Cubic effect has been added to the Cubic System.

2. The ability to remove/insert a stigma from the inventory has been added.

- You can insert a Stigma from the inventory without any help from a Stigma Master.

- A 5min cooldown will be applied to the stigma skill that was inserted from the inventory.

1. When a siege begins, helpful objects will now appear for the attacking race.

- The higher the level, the more powerful objects appear.

2. Honour Points will now be distributed for destroying certain objects during a siege.

3. The number of Honour Points for defending/capturing the Lakrum/Divine Fortress has been increased.

1. A season system that compensates for the number of Honor Points (GP) earned over a period of time has been added.

- At the end of a season, you will be rewarded based on your rank and some reward items can be exchanged for Quna.

1. Transformation Collection has been added.

- You can acquire additional abilities and skills according to the transformations you own.

- Collection Skill, ‘Phantom Flame', is now available, and will deal additional damage to all monsters is the Tower of Challenge, to Prigga, Beritra, and Ereshkigal. 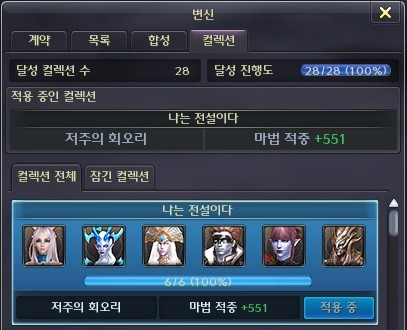 2. New Transformations have been added.

1. New quests for the Pandora Complex have been added.

2. New quests for the Senekta Instanced Dungeon has been added.

3. Quests to exchange Dave medals obtained from Arenas and Honour Points ranking for other rewards have been added.

4. New quests for the Hererim Mine have been added.

5 New quests for the Illumiel have been added.

6. New Pandora quests have been added.

7. You can now obtain Legendary/Ultimate items from quests.

8. Some changes have been made to the last mission in Lakrum.

- The quest has been reset to the pre-acquisition state for characters that have started the quest before the update.

1. New Appearance items have been added to the Magical Crafting.

- Designs and some materials can be purchased from traders in Lakrum.

- Other materials can be obtained from Pandora Complex Monsters.

2. 10 crafting methods for Pandora related items have been added to the Magical Crafting.

3. 2 kinds of Pandora-related items have been added to the Magical Crafting Traders.

5. New items can be purchased in exchange for Coin of Challenge that can be obtained in the Tower of Challenge.

- New Daevanion Skillbooks can be obtained from the Crafted Shukirukin Box.

6. Reward item for the Arena of Cooperation, Discipline, and Seasonal GP can now be exchanged for other items and Quna.

7. Headgear’s category has been changed from Accessories to Armour.

- Each Instanced Dungeon has been changed to match the new armor classification.

(However, The Narakkalli Headgear will continue to drop from the Holy Tower)

8. 2 kinds of Pandora-related items have been added to the regular Traders.

1. Cubic UI has been reorganized.

2. 'Stigma Enchantment Stone’ category has been added to the broker window.

3. Shard’s Active/Inactive tooltip has been changed.

4. Fixed an issue where the Artifact calculator would run from time to time.

5. The UI associated with NC messenger has been removed as it is no longer supported.

8. The ending screen has been changed.

9. You will no longer be able to move between channels in Heiron, Beluslan.

1. The attack power of some Minion skills has been increased.

1. New Daevanion Skills have been added.

2. Effects of some class skills have been changed.

3. The duration of Assassin’s Skill

Break Away will now apply properly.

4. The tooltip of Assassin’s Skill

6. The Physical attack effect of Chanter’s

Blessing of Wind would sometimes not apply properly. This issue has been fixed.

7. The damage of Sorcerer’s

Magma Burst would apply abnormally depending on the skill level. This issue has been fixed.

8. The damage of Sorcerer’s

Flames of Wrath, and the cooldown of

Absolute Zero are incorrect. It will be fixed in the next update.

Idium Barrage will no longer reduce the cooldown of

10. The cooldown of Gunner’s

Nature's Favor has been changed to 1min.

11. Blessing-related skills can now be applied during flight.

12. Tooltips of some skills have been fixed.

13. An issue with the effects of some skills applying incorrectly has been fixed.

1. The terrain in Heiron has been fixed.

1. The video recording function will now work on the x64 bit client.