Daevanion Skills are powerful skills you can learn from special skillbooks. 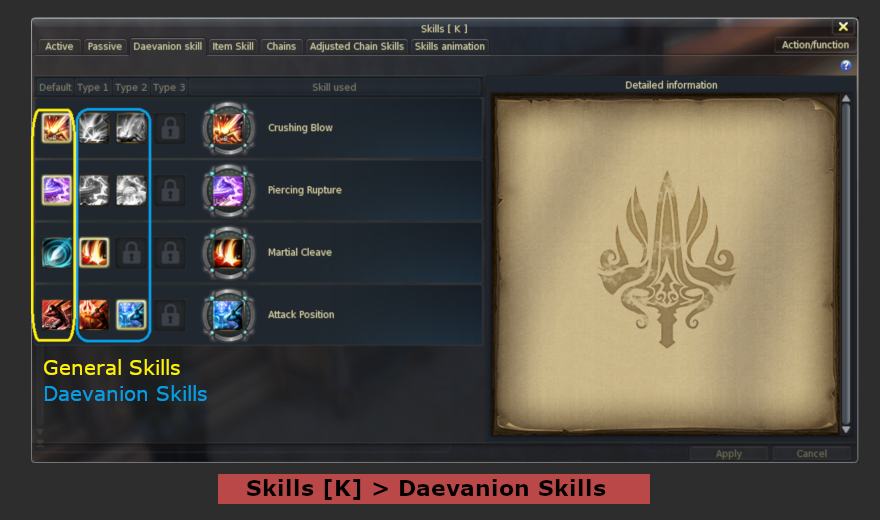 ▶ How to Apply Daevanion Skills

Daevanion Skill Tuning will open a window where you can enchant or combine your skills.

1) Only Davanion skills above Legendary Grade can be enchanted.

2) If you use the same skillbook, the probability of success will be higher.

3) When using special materials, the enchanting level will not drop if the process fails.

4) Items used for enchanting will be destroyed, and there is a certain chance the process will fail.

6) Daevanion Skills can be enchanted up to level +15. 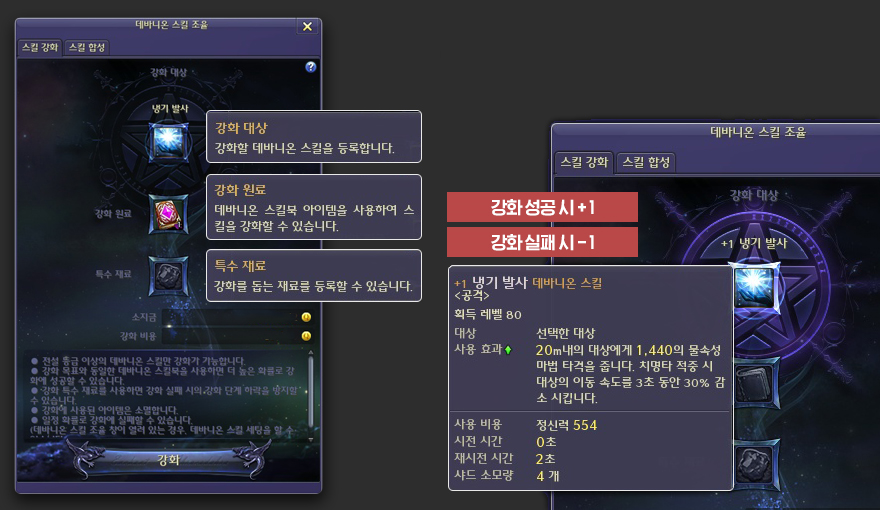 1) Only Skillbooks of Ancient and higher Grades can be synthesized.

2) Requires a total of 4 skillbooks.

4) Items used in the process will be destroyed. There is a certain chance you will receive a skillbook of a higher grade. 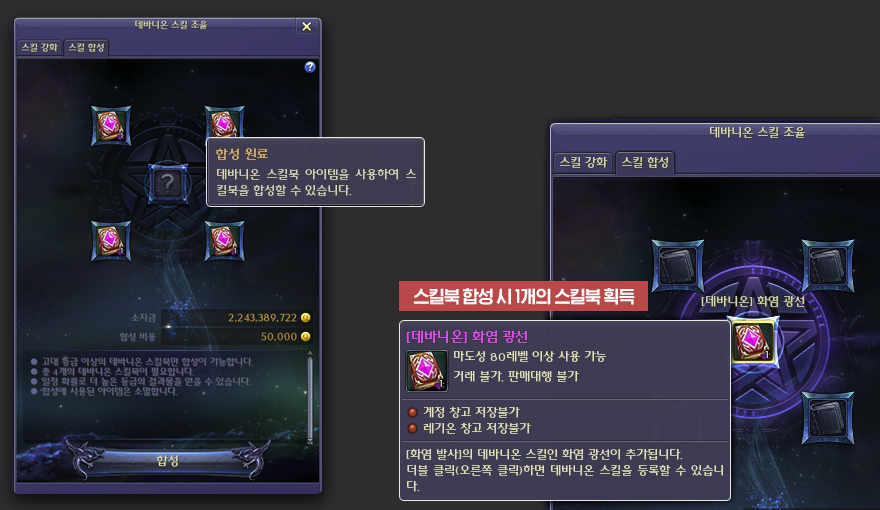 How to acquire Daevanion Skills

Daevanion Mark of Knowledge and Genesis Crystal can be used to craft a Legendary Daevanion Skill Box.

Daevanion Mark of Knowledge can be purchased from crafting merchants in Lakrum.

Daevanion Skillbooks can be looted from Shukiruk Smugglers that randomly appear in some instances.