1. The new weapon “Aether Key” has been added for the Aethertech. - close range, Two-handed weapon. - Can be armsfuzed .

1. Mythical and Eternal Items from the Rune Shield Tower have been added.

1. New Abyss items have been added for level 65.
- A limitation was set for new Abyss armour and weapons.
- These items are sold by a <Consumable Item Distributor> NPC, who is in Northern Katalam in the “Rebuilt Tower of Light” and the “Rune Temple”.
- The items to be purchased are sorted according to rank and displayed in the corresponding tabs. 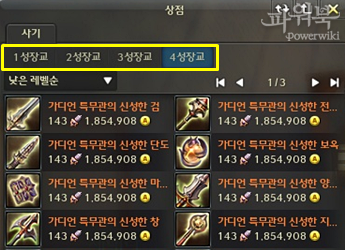 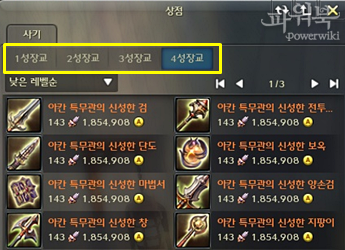 1. A contribution merchant has been added for the stigma enhancement NPC, which can enhance Stigmas to a higher grade.
- Example: using the <Flame Spray I> stigma and a particular amount of Abyss Points, it can be upgraded to <Flame Spray II> stigma.

1. A “wrapping system” has been added that allows packaging of certain items (weapons/armour/accessories).
- This system makes it possible for items that cannot be traded to be traded.
- An item that can be packed, can be wrapped with a wrapping scroll, according to rank (unique/eternal).
- Currently only certain items below level 60 can be wrapped. 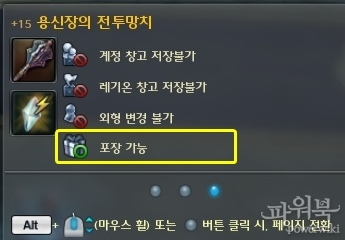 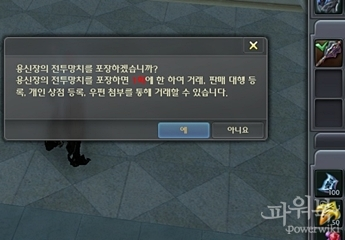 
3. Bronze/Silver/Gold/Platinum/Mithril Exchange Boxes have been added.
- Higher level coins can be received by lower level coins.

1. The “Swimsuit’s” movement animation looked very strange when the Ninja movement was activated and “Sit” was used. This has been changed.

2. The chance of “40th Brigade General Shita“ dropping mythical equipment at the “Sauro War Depot” has been increased slightly.

3. If the effect of a high-quality scroll is already being used, no normal scroll effect can be used now.

4. ‘Some tooltip contents of limited items that are on sale have been changed.

7. Some items’ graphics were displayed incorrectly. This problem has been fixed.

8. Some item names have been corrected, as they were wrong.

9. The problem that the “Mad Head Researcher Notius” didn’t drop the relicts bundle in the Hall of Knowledge has been fixed.

10. Change: the items Aether Revolver, String Instrument and Aether Key can be received from the “Pure Aris Weapon Guestbloom”.

11. The problem that equipped High Grade Stigmas were used as stigma enhancement items has been fixed.

12. The problem that some Chain Mail Fighting Gauntlets of the Steelrose pirates had incorrect attributes set, has been fixed.

13. The enchantment chances of normal manastones, assembled manastones and ancient manastones have been drastically increased.

The time that is needed for applying manastones on equipment has been reduced.
- Before the change: 5 seconds
- After the change: 2 seconds

In the Catalium series, Accessory Refining Stones can be used for belt production.

In some quests, design materials were set incorrectly. This problem has been dealt with.

Apart from the classes Aethertech, Bard and Gunner, all other classes can buy skill books, which can be received in the form of item drops, from their corresponding class master.