1. New skills have been added for various classes.
- New skills can be purchased from the respective class skill merchant in the capital cities.

1. Some of the Bard’s skills have been improved.
- For some skills the hit effects on opponents, the speed and the motion speed have been increased. 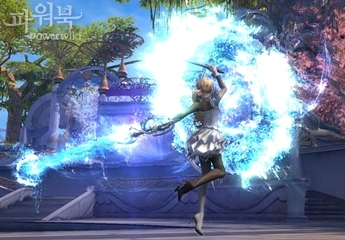 Some Skills have faster montions

1. The skill name “Aerial Snare” has been changed to “Aether’s Hold”.

2. The number of Seed of Transformation required for transforming to Guard General I-V has been changed.

3. If a skill was carried out on a target during flight, it occurred with a delayed reaction. This problem has been fixed.

4. If a skill was carried out on a target during flight, it occurred with a delayed reaction. This problem has been fixed.

5. Dodge and resistance effects of some skills have been increased:
- The following skills are affected by the increase:
o Focused Evasion I
o Aethertwisting I
o Spelldodging I
o Nature’s Resolve I
o Controlled Evade I
o Illusion I
o Contract of Resistance I
- Some skills that couldn’t be dodged or resisted now can be.

7. When the Assassin used “Apply Poison V”, the values for bestow magic, bestow DP and Idian weren’t consumed. This problem has been fixed.

8. The Spiritmaster’s skill of summoning spirits can now also be used during flight.