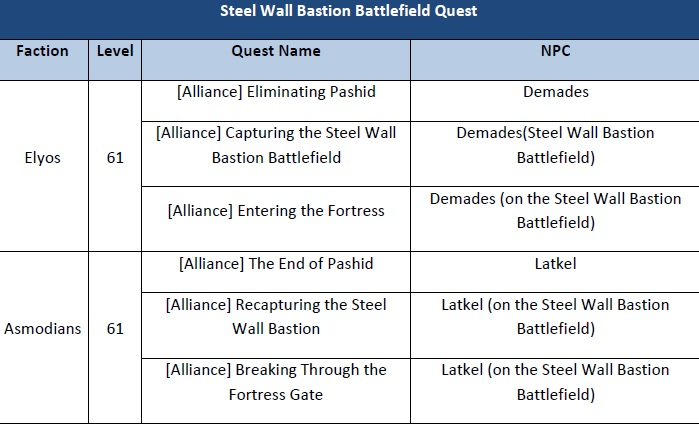 2. The “Rune Shield Tower” quest can be received from an NPC in the development area in the Katalam Underground. 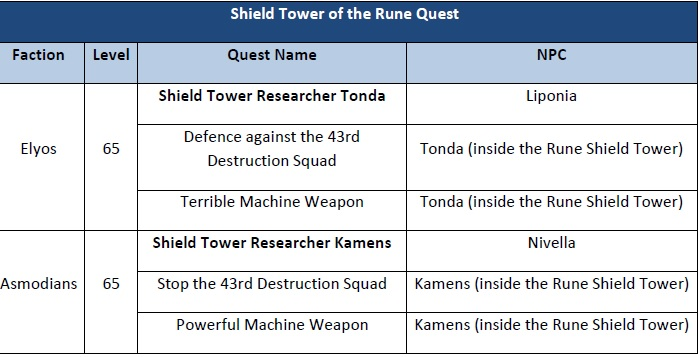 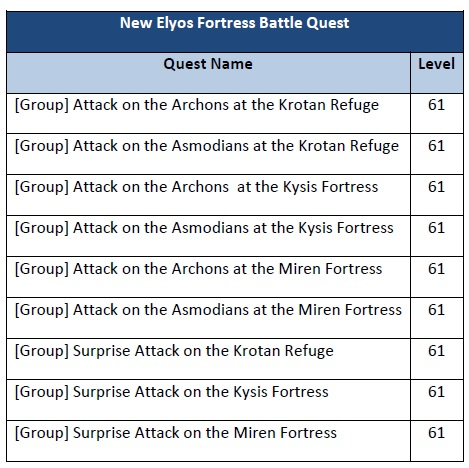 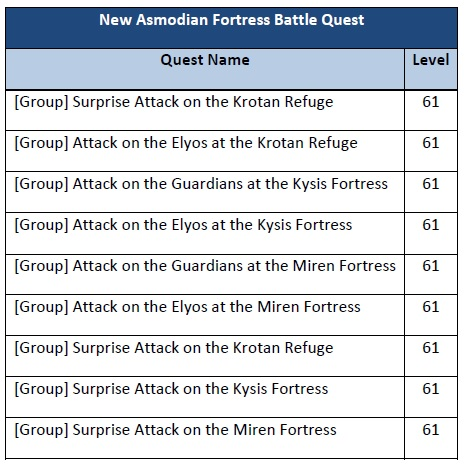 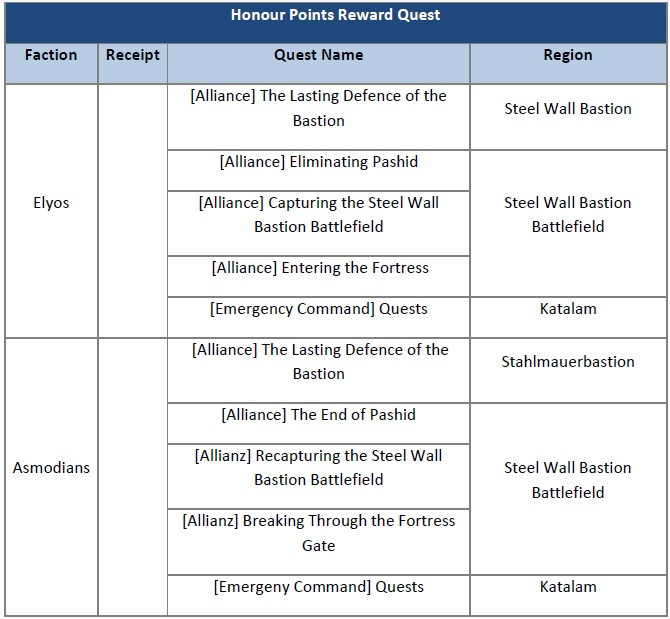 1. The level of difficulty of some quests has been changed and amenities have been added.

2. The requirements for receiving a quest have been partially removed or added.

3. Fixed a problem occurring during the quest “Attack on Tiamat’s Fortress”, in which the mission level was not renewed after eliminating “Bodyguard Captain Cartuan”.

4. During the “[Group] Prison Break-In” quest, it sometimes occurred that at a particular level of the quest, when part of the monsters had been eliminated, the group members could not share the renewal. This problem has been fixed.

5. During the “The Protector/The Guiding Hand” quest, group members can receive the renewal by eliminating monsters.

6. Some of the items have been changed in terms of their attributes, tooltips and their icons.

7. Sometimes there was the problem that the location of some NPCs could not be found. This problem has been fixed.

8. Some of the quests and spelling mistakes in the quest content have been corrected.

9. For part of the quests the receipt/execution levels have been changed.

10. The rewards and experience points for part of the missions/quests have been changed.

11. In the Elyos quest “Deliver on Your Promises”, the reward item (weapon) can be selected now.

13. During the “Assault on Tiamaranta/The Grand Assault” Sarpan quest, “Kahrun’s Will” didn’t disappear, if the character logged back in again. This problem has been fixed.

14. Some parts of the quest content have been changed.