There are 9 Garrisons in Lakrum. 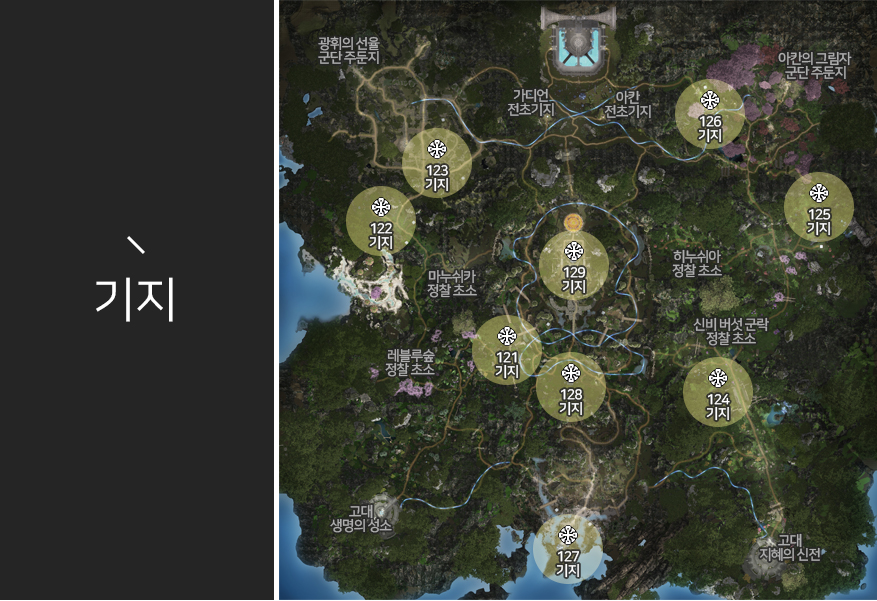 Depending on the garrison, it's possible to teleport to a different location.

Possible routes are shown below. 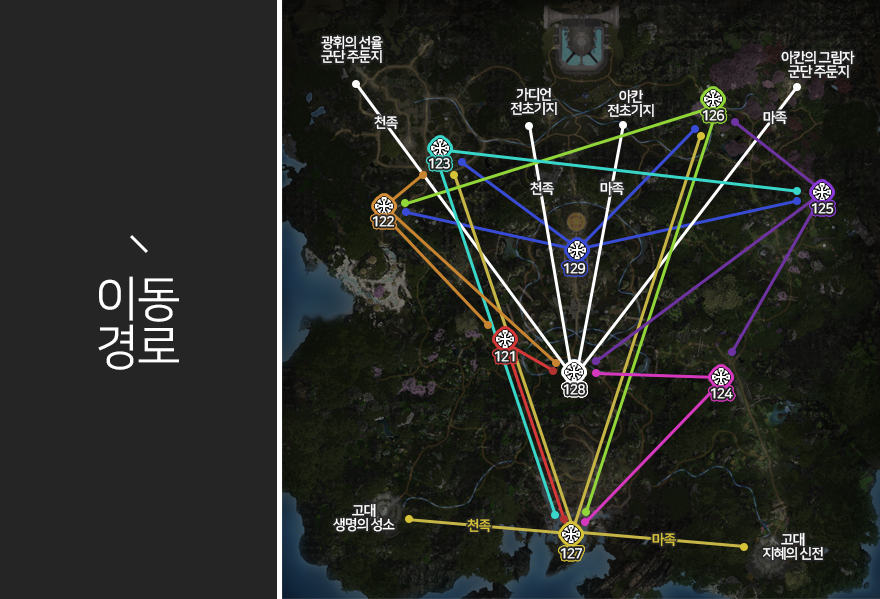 1. Identify the race that is currently occupying a garrison on the map (M).

2. Kill the Legate of the base to take control over it.

3. After capturing a base, progress through quests or buy items.

There are 3 types of quests that can be carried out at each base.

PVP equipment can be purchased with the quest rewards. This content is considered essential.

1. After accepting quests from one of the garrison NPCs, move to one of the reconnaissance bases.

2. Kill NPCs of the opposite race.

1. When you get closer to a base, you will automatically receive an [Urgent Order] quest.

2. Kill players of the opposite race in the vicinity of the garrison.

[!] Sweep Training quests can be repeated 4 times a week.