1. ‘Cubic’ that can enhance character’s abilities has been added.

- By collecting ‘Cubicles’ and using them in the ‘Cubic’, your character will be given the ability corresponding to the used cubicle.

- Cubicles can be obtained from the Kubrinerk's Monster Cube Laboratory and Lakrum field bosses.

1. You can now re-identify items with Kinah without a special order.

- When you register an item in the Boost/Modify window, you can see the attributes and possible stat ranges given during re-identification.

- Re-identification costs are paid with Kinah, and the amount depends on the item’s level and Ancient/Legendary/Ultimate grade.

- Ancient/Legendary/Ultimate Re-identification scrolls have been removed from the Gold Sand Shop.

2. Selective Re-identification function has been added.

- You can reassign secondary stats by selecting one of the stats given to the item.

- The price will be paid in Quna, and the amount depends on the Ancient/Legendary/Ultimate grade of the item.

- For items obtained before the update, Selective Re-identification can only be performed after Re-identifying the item with Kinah.

3. A ‘Shard’ has been added that can improve the power of attacks and healing.

- The ‘Shard’ can be activated with the [B] button after being socketed in the right slot.

> Characters already using the [B] button needs to assign a separate button.

- When you active the ‘Shard’, the effect will be visible on your weapon.

- Depending on the weapon, a different number of Shards will be consumed with each normal attack.

However, the consumption is not different when using skills with different weapons.

- The number of shards necessary to use an attack skill, recovery skills, and other skills is different. Shard consumption can be seen in the skill tooltip.

- The shard is consumed only with the initial attack for AOE attacks/recovery spells and dots.

- Shards can be obtained from monsters and the Gold Sand Shop.

4. You can now sell Daevanion Skillbooks to NPCs for more Kinah.

6. The number of materials needed for the Magical Crafting has been lowered.

7. The drop of Kibrium has been expanded.

8. The rewards you can purchase with Coin of Challenge have been changed.

9. Strigma Bundle reward has been added to the Kirshka's Treasure Chest in the Mirash Sanctuary.

10. Abnormal appearance of some items has been fixed.

11. The probability to enchant PVP items ha been slightly increased. 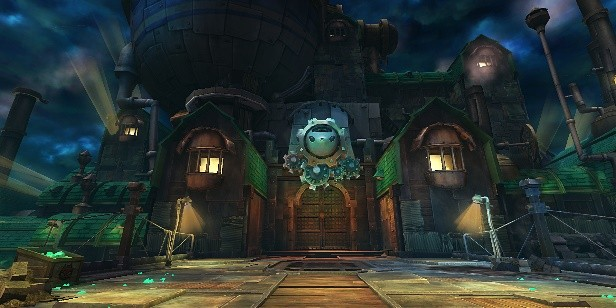 - When you occupy a garrison in Lakrum, there is a certain chance the entry NPC, ‘Cubic Laboratory Gatekeeper’, will appear near the base.

- Opening the Ancient Daevanion Skill Box will give one skillbook for the class.

3. The issue with players being able to resurrect during the final stage of Prometun's Workshop has been fixed.

4. ‘Cool Rabge’ will no longer disappear after destroying the ‘Ice Prison’ during the final battle with Prigga in the Prometun's Workshop.

5. The issue with Priggia not using the ‘Cold Anger’ Buff in Prometun's Workshop has been fixed.

6. Prigga will now longer appear twice under certain conditions in the Prometun's Workshop.

7. It will no longer be possible to move to the next area of Prometun's Workshop without killing necessary objects.

9. The number of entries to the battlefields would sometimes reset. This issue has been fixed.

10. Fixed an issue where under certain conditions you would be moved from Makarna to a different region.

11. Rewards for the Arena of Cooperation, Arena of Discipline have been increased.

1. Minion Skill have been changed to support the Character.

- The 1st Minion skill can be used once when the skill points are charged to 100%, 2nd skill can be activated after summoning the Minion.

- Skill details are as follows.

2. New ways of obtaining Minion Contracts and Minionite have been added.

- You can obtain Minionite and Minion Contracts from some monsters in the Lakrum area.

- You can exchange Tower of Challenge reward coins for Minion Contracts.

3. The way you obtain Skill Points has been changed.

- Some of the experience you gain through questing, hunting, etc, is now used to increase Skill Points.

- Every opponent will increase the Skill Points by a set number.

- You can no longer use Kinah to increase Skill Points.

4. A new way to gain Growth Points has been added.

- Some of the experience you gain through questing, hunting, etc, is now used to increase Growth Points.

- The ability to use other Minions to obtained Growth Points will remain.

5. Rules and UI for the Minion fusion have been changed.

- The synthesis probability has been increased, and 4 Minion in 4 evolution stages are required.

- Rank D Minions can no longer be synthesized, can only be used to increase other Minion’s Growth Points.

- The synthesis UI has been changed to reflect the changes.

1. The siege compensation for the Lakrum and Divine Fortresses has been increased.

- The rewards have been changed and you will now receive more Abyss Points.

- If you fail to capture the fortress, you will now receive Fortress Battle Reward Box, Honour and Abyss Points.

2. Ocuppying the Lakrum Fortress by one race for a consecutive number of sieges will now trigger a special buff.

1. Quests that can be carried out inside the Kubrinerk's Monster Cube Laboratory dungeon have been added.

2. Coin rewards for the 'Youth Lifeguard Society/Lumiel Wisdom Protectors' quests have been increased.

3. Quests that reward players with Ancient PvP Enchantment Stones can be carried out when occupying Lakrum Garrisons.

5. [Immediate reward] has been changed to [Report Immedietely] in the Mission/Quest UI.

2. Attributes of Training Dummies in some areas have been changed.

3. The part about reduced recovery has been removed from the tooltip of ‘Debilitating Curse’, a skill used by Beritra Minions in Makarna of Bitterness.

4. A typo in Ashunatal Dredgion Captain’s name has been fixed.

1. 11 Ancient Daevanion Skills have been added.

2. Tooltips and effects of some class skills have been changed.

- Magical and physical values of Bard’s ‘Wind Harmony’ have been changed.

- Magic Resist and Magic Defence reduction of Bard’s ‘March of the Bees’ has been changed.

- ‘Elemental Defence’ has been changed to ‘Magic Defence’ in Bard’s ‘Melody of Joy’ tooltip.

- ‘Magic Suppression’ has been changed to ‘Magic Defence’ in Blessing of Stone’s tooltip.

- Stumble effect has been added to ‘Deadly Blow’.

- ‘MP Recovery’ has been added to Gladiator’s Counter Leech tooltip.

- The acquisition level of Aethertech’s ‘Flame of Demolition’ has been changed.

1. No longer is use items have been removed from the World’s Map basic information.

1. The terrain in the Lakrum area has been changed.