1. The penalty for facing a monster of a higher level than of the High Daeva (66Lv or higher) has been lowered.

2. Creativity settings for Character Boosts and Daeva/High Daeva skills have been changed.

- You will now be able to increase your primary stats in the [Boost Character] by 6 at each level instead of 5.

- [Daeva/High Daeva Skills] can now be increased up to level +8 instead of +5.

3. 'Minimum Required Creativity' has been added as a new requirement to unlock High Daeva skills. 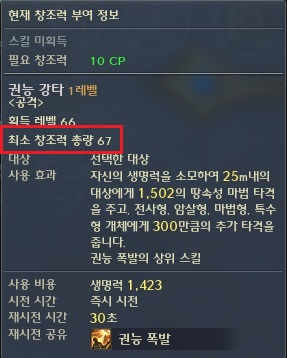 4. The number of Estima slots has been changed.

- The number of slots has been increased from 3 to 6.

- High Daevas will unlock each slot at certain levels. 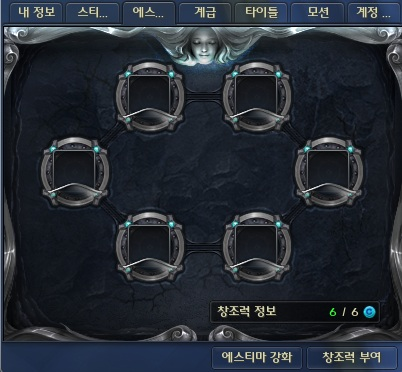 - Health's bonus to HP/Healing/Block has been increased.

6. Monsters will no longer reset after using elemental spirits.

7. A new High Daeva skill has been added to each class.