1. New missins and quests in Kaldor and Akaron have been added.
- New missions will be learned automatically.


2. ‘Runatorium’ Quests have been added.
- Instance quests are as follows:

- Instance quests are as follows:

2. Honour Points were added to the reward list of the following quests.

1. Some missions have been changed.
- To help with character progression some missions were simplified.
- If you were in the middle of a changed quest you can still finish the old one.


2. Changes to quests in particular areas were made.
- Some Key Quests have been changed.
- To make progression faster some new Key Quest were added.
- Key Quests were added to following locations

1. Some quests no longer need to be completed to allow access to Instances
- When you reach the minimum level you can enter following instances regardless of the entry quest.

1. Quest Auto-Complete function has been added.
- Quests that can be auto-completed have sparkly icons.
- Click on the Complete button to automatically receive rewards.
- Only applies to following quests. 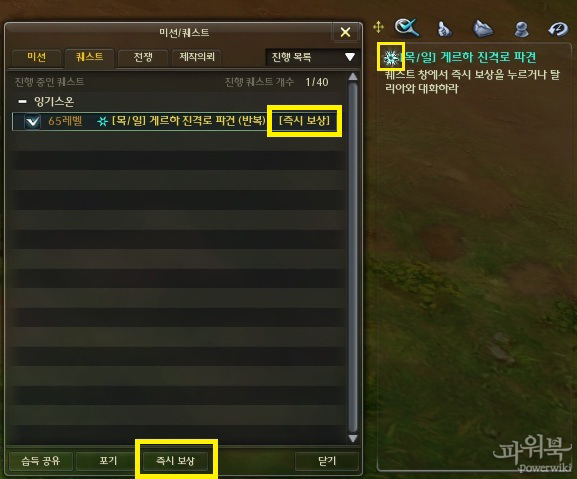