Characters up to level 50 will encounter variety of new quests.
Getting up to speed with level was never so easy!

All characters are going to follow the Aethertech's story line from now on.


- All missions were change to represent the recent changes to the story.
- Characters that were in the process of finishing old missions will be able to complete them after the update.

New Key Quests have been added to speed up the levelling process.


- New Key Quests are critical and cover the part of lore that has been removed.
- Among rewards you can even find some equipment items.
- Covered areas:

■ Hide Quests Feature
- A new feature to hide map marks for quests and missions of level 50 and below, except new Key Quests, has been added.
- This feature is enabled by default.
- If you want to see all available quests go to your settings and disable this feature. 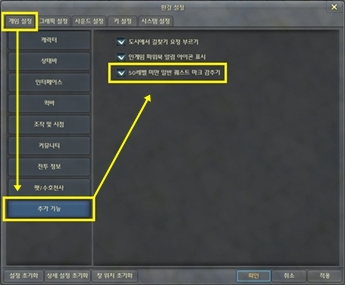 1. Improvements to Instance Entrances
- Some Entry Quests have been removed.
- Positions of some instances have been changed.
· The entry NPC for Nochsana Training Camp in Eltnen is now located near the Teleporter.
· Elyos/Asmodian entrance to the Adma Stronghold and Theobomos Lab has been moved.

3. Instance Loot
- Some bosses now drop equipment boxes.
- New equipment boxes can be looted by every party member.
- In some instances bosses still drop parts of armours just like they used to.