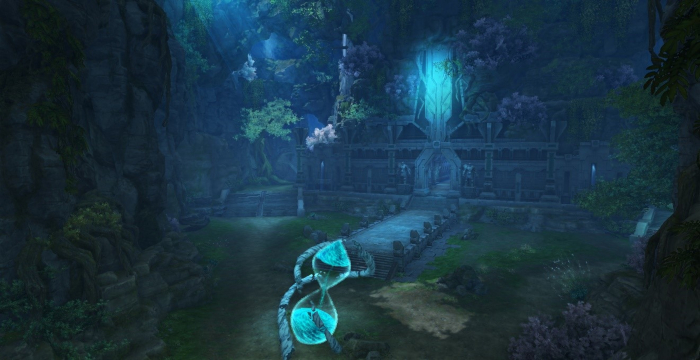 3. The Time Fold consists of one main base (Temple of Eternal Life), 10 border areas and 3 Sanctuaries.

5. To purchase items from the Time Fold, you will need Silentium, 실렌티움 융화제, 사로잡힌 영혼. Each item can be obtained in the following ways.

- 실렌티움 융화제: Can be purchased from Fame vendors in exchange for Experience Mark.

6. Monsters in the Time Fold do not reappear after being killed. Instead, the following conditions must be met before all monsters reappear at once.

- When you kill most of the monsters in the Boarding Areas, Border Area Manager appears along with a notification and a map icon.

- Once all Border Area Managers have been killed, all monsters in the region will reappear. All Manager monsters disappear.

7. When all monsters in the region reappear, 아로간트의 비밀 화로 appears.

- Secret Furnace appears in one of 10 Boarding regions and 3 Sanctuaries and can only be used on a first-come, first-served basis.

8. If you die in the Time Fold, you will have to use a Kist, Quna Resurrection or Resurrection skill to get up.

- In the Dimensional Gap, 사로잡힌 영혼 does not disappear from your inventory.

- In the Dimensional Gap, two rifts will allow you to either return to the Time Fold or your Obelisk.

- If you close the game while still in the Time Fold, you will be returned to the Obelisk.

- If you close the game in the Dimensional Gap, you will be returned to the Obelisk.

- PVP is not possible in the Dimensional Gap, you won't be able to glide, fly, use mounts or kicks.

10. Silentera: Time Fold is a server-wide area like Lakrum / Red Katalam / Dumah but does not require the Dimensional Hourglass (60 min).

- Ultimate Unleashed Storm Weapons and Armours can be obtained from 폭풍의 루드라 최상급 보상상자 that appears after achieving rank S in the Stormy Beshmundir Temple (Normal).

- Depending on the final Rank in the Stormy Beshmundir Temple (Normal), players can obtain a different number of 폭풍의 파편.

- The rewards will be based on the time in the Normal difficulty.

2. Rewards in some dungeons have been changed.

3. Rewards for all Battlefields have been revamped. 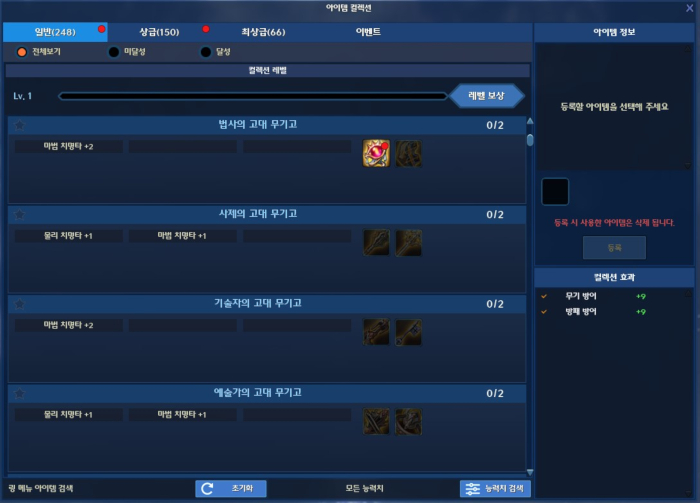 2. After registering an item for the Collection, the item will disappear and your character will receive bonus stats or items as a reward.

3. When you complete Item collections for each level, the Collection level increases, and additional bonuses are added to your character.

- Collection Level Rewards can be viewed after clicking the [Level Reward] button.

5. The abilities earned from the Item Collections are shared among all characters on the same server. 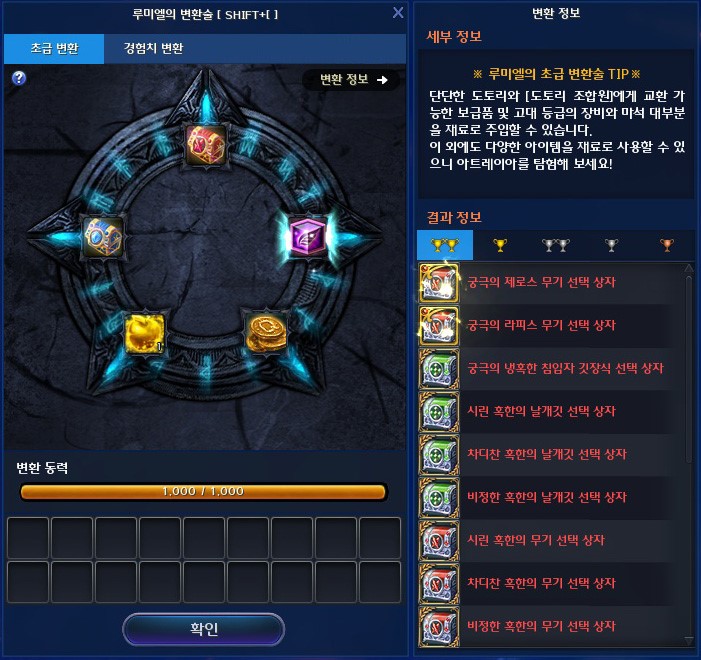 3. After executing the Transmutation, you will see 5 possible outcomes but you will only receive one of them.

4. Emblems can be enchanted up to +5 with 100% probability using 문양 강화 주문서. However, the number of bonuses from enchanting are applied at random.

1. Magical Crafting has been reorganized.

- Required items for some Magical Craftings have been changed.

- Some Magical Craftings have been removed.

2. Some crafting materials have been changed.

3. New Cubics for the Stormy Stormwing have been added.

- Stormy Stormwing Cubics can be obtained from the Kubrinerk’s Cube Laboratory.

4. Names of some Fame items have been changed.

5. Sleep/Resist Fear Penetration from Runes would not apply. This issue has been fixed.

6. Outdated items have been removed from shop lists.

8. The list of items sold by Fame Shops has been changed.

1. AP rewards for some monsters in the Hererim Mine have been changed.

2. The item drop of some monsters on the server-wide maps has been reorganized.

3. XP gained from monsters in Lakrum, Dumah, Katalam has been increased.

4. Additional monsters have been added to Lakrum.

5. In some areas of Gelkmaros/Inggison, additional monsters have been added. Respawn time for some monsters has been adjusted.

1. AP rewards for Victory/Defeat in Sieges have been changed.

1. New Missions and Quests have been added to the Silentera: Time Fold area.

2. New quests have been added to the Stormy Beshmundir Temple dungeon.

3. Item Collection Tutorial has been added.

4. Some quest rewards have been reworked.

5. Quests related to the Altar of Awakening and the Valley of Chaos have been changed.

6. Hunting Wind quests have been removed.

- Unused items will be automatically discarded once you login to the game.

7. Daily/Weekly Lugbug Missions have been reorganized.

1. Neutral areas have been added to Lakrum.

- If you do not reset the settings after the update, current setting will be maintained. 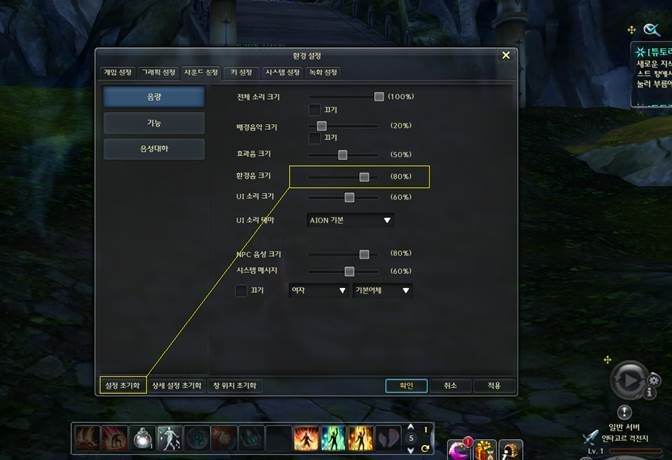 1. Up to two clients can once again be opened on the same PC.

- In the case of Pcrooms, the client that was launched first will receive Pcroom benefits.