They can be equipped into a new item slot (Feather Ornament).

What are Feather Ornaments?

Feather Ornaments are new unique items that can be equipped into a new item slot. There is a Feather that boosts your Attack, Magic Boost, Cris Strike and one for Magical Acc. 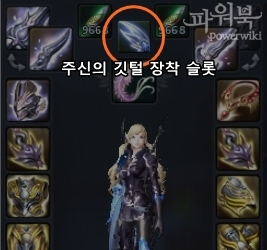 Feather can be equipped into a new item slot. 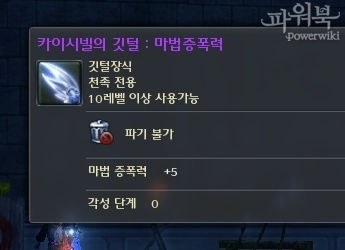 1. There are two Feathers, Attack and Magic Boost one.
2. You can enchant a Feather with Tempering Solution. Enchanting effect is different from other accessories.
3. Feathers can be transferred between characters regardless of the enchantment level.
4. Appearance of the Feather changes with enchantment level.</p>

You can enchant a Feather Ornament using Tempering Solution.
Unlike other accessories that give PvP attributes once enchanted, enchanting a Feathers only increases HP, Attack, Magic Boost, Crit Strike or Magical Accuracy.
Additionally, Feathers do not have an enchantment limit and can be transferred between characters freely at any time. 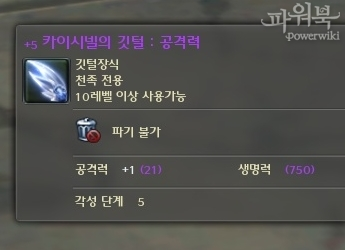 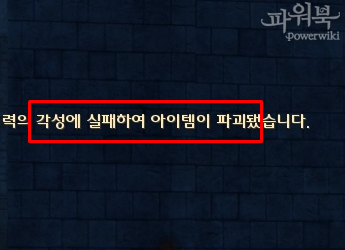 If you fail your Feather is going to be destroyed

Feather Ornament shows on the right side of your character's face.
In addition, it will change it's appearance once it reaches certain Enchantment level.

Feather Ornaments can be obtained in two ways.
You can either buy one or drop a box that contains a random Feather in some instances.

It is possible to buy a desired Feather from a merchant. The default price is set to 100mln Kinah but is influenced by the tax and you can choose which Feather you would like to buy. 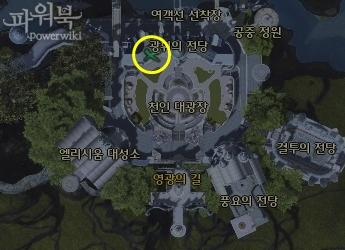 Elyos; Feathers can be bought from Fenna 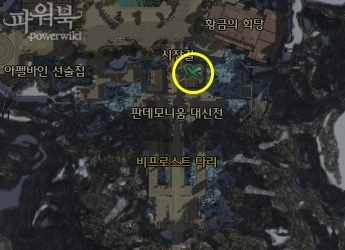 Asmodian; Feathers can be bought from Fedo

There is a small chance to obtain Empyrean Plume Chest from bosses in some instances. The type of the Feather you receive after opening this box is random.

Box of Feathers of the Lord drops in following instances. 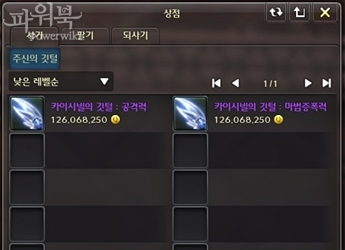 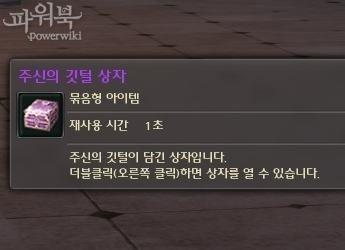 You can find Feather Boxes in some instances

■ Upgrading a Feather
1. Feathers no longer get destroyed when the upgrading process fails.

2. In a case of failure, the current Upgrade level will remain.

3. All attributes are the same as before.

■ Feather Evolution
1. A +10 (or higher) Feather can be evolved into a more powerful version through an NPC in your race's main city.

2. The evolution process will consume 10 Tempering Solutions and can not fail.

3. Enhanced Feathers will have fixed basic attributes and 1 additional attribute.

4. Depending on the main attribute, you can choose one of two kinds of Enhanced Feathers. 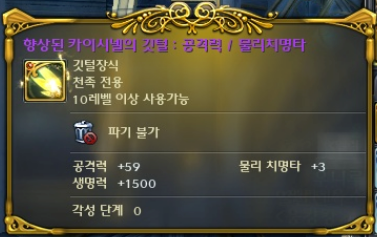 2. When upgraded, the main attribute stays the same, the secondary attribute and HP increases

3. Compared to the regular Feathers, the upgrade bonuses will be significantly higher

4. After +5, there is a chance for even higher bonuses

5. In a case of failure, the Enhanced Feather's Upgrade level will drop to 0

7. Enhanced Feather can always be traded, no matter what the upgrade level.