1. Abyss Treasure Rooms have been added.

- The race that has not captured the fortress can also enter the dungeons through the Intrusion Entrance.

- In order to use the Intrusion Entrance, an Artifact Fragment from each fortress is required.

- The entry conditions are as follows.

2. The duration of fortress battles has been changed.

3. The amount and number of successful siege rewards have been increased.

4. Defence rewards have been removed.

5. There will now be 10 levels of buffs applied according to the faction ratio instead of 6.

6. The HP of low-level guards and the fortress Guardian General of the dominant race has been lowered.

7. Stats of Abyss Guard NPCs have been increased.

1. The color of the name will now display differently based on the level difference.

2. The number of AP gained according to the level difference has been adjusted.

- When a player below level 50 kills another player of the even lower level, the number of AP has been reduced. In the case of level 2~30, the reduction is even greater.

3. Some character sounds would output awkwardly. This issue has been fixed.

1. Slayer Purification system that can reset Slayer Points has been added.

2. The number of Slayer Points earned according to the level difference has been adjusted.

- If the difference is less than 2 levels, the number of points has been reduced.

- If the difference is greater than 3 levels, the number of points has been increased.

2. Stigma Shard and Invalid ID. can now be used together to equip stigma stones.

- Typos in some item tooltips have been fixed.

- Properties of some potion items have been changed.

1. The entrance to the Draupnir Cave in Heiron will now stay open at all times.

2. Skills used by Noah’s Furious Shade and Spectral Elim Elder in Dark Poeta would not apply to characters standing in certain spots. This issue has been fixed.

1. Split Sales have been added to the Broker. 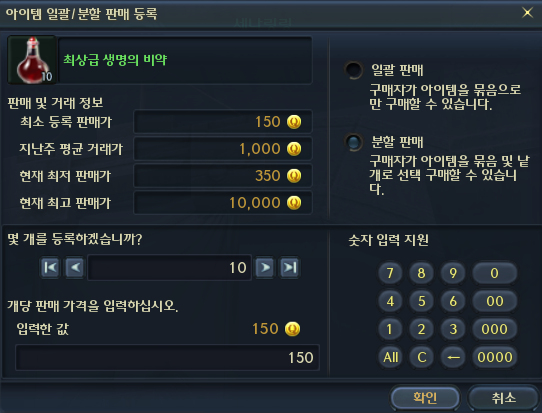 - When registering an item for sale, you can choose to register it with a split sale option. Items with this option set appear on the list with a special icon.

- When registering an item, you can not set the price below the “Minimum Registered Sale Price”.

- Current Lowest Price and Current Highest Price are based on currently registered items, not prices at which those items have been sold.

2. When major boss monsters appear in the area, a system message will now be displayed.

3. Sold items will no longer appear with different names.

1. When resisting the Explosion skill, the inscription will now disappear.

1. Rifts have been improved.

- The exit location has been changed from flat land to a hill or a mountain.

2. The settings of the Island of Eternity region in Heiron have been changed.

- Kisks can not be placed, summoning skills can not be used, after reconnecting in the area, the character is returned to the obelisk.

3. Character could enter certain terrain. This issue has been fixed.

- Artefact of Time region in Reshanta

- Relic Traded location in the Core of Reshanta

4. It was impossible to change channels after leaving a dungeon. This issue has been fixed.