1. The HP of fortress gates in the Lower Abyss has been decreased.

2. You can no longer use Shugo Navigators when attacking Lower Abyss Fortresses.

- The location is shown on the map as pictured below 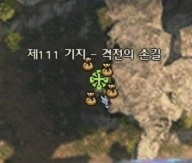 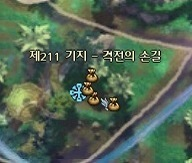 - To capture a base, kill the Battle Captains or Combat Officers.

- Battle Officers will continue to appear to recapture the base.

- The race that occupies a base can activate the artefact.

- After capturing a base, you can teleport to the next one through a teleportation device.

- Obelisks and Soul Healers have been places near the Bases.

- When a base is being occupied, Merchants, Consumable NPCs, etc will appear.

2. When you capture all bases on the opposite race's map, Garrison NPCs with special rewards will appear.

- Garrison NPCs can be attacked by infiltrating races, and rewards can be obtained with each kill.

- If one of the bases is recaptured, Garrison NPCs will disappear.

1. Acquisition conditions for the 'Core Fragment of the Artefact of Knowledge' that can be obtained in the Neviwind Canyon have been changed.

2. [Event] Tempering Solution can now be obtained from loot boxes in the Ashunatal Dredgion.

4. Some items were not being sold by some NPCs in Gelkmaros/Inggison. This issue has been fixed.

1. Stigma Enhancement has been added.

- Stigma Enhancement button has been added to the [Profile (P) - Stigma] window.

● Stigma help icon has been moved because of the new Stigma Enhancement button. 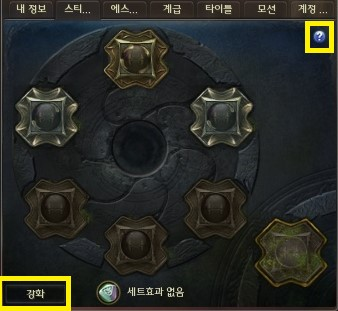 - Boost/Modify has been added to the ring menu when clicking on a Stigma. 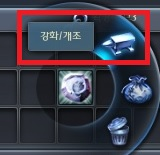 - Stigmas can still be enhanced through a Stigma Master.

2. Stigma Material pop up window has been added.

3. Already enhanced Stigmas can now be used as materials.

- If you use an enhanced stigma as material, a relevant message will appear in the Enhance UI. 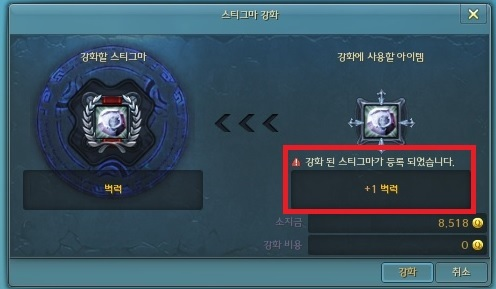 Enhanced Stigma as a material

1. Commander item operators have been placed in Esterra/Nosra.

2. Special NPCs that can be used after capturing bases in Esterra/Nosra have been added.

- Some NPCs can sell only a limited number of items.

3. The layout, level and abilities of some monsters in Esterra/Nosra have been changed.

- Density of some monsters has been lowered.

- Level of some monsters has been lowered.

- Abilities of some monsters have been lowered.

1. The output message what appears when approaching a fortress under siege has been changed.

2. The preview window of the Evolution process would not display the number of wrappings. This issue has been fixed.

3. The number of entries to the Golden Crucible (Group Battles) will now be displayed properly.

1. New quests related to Esterra/Nosra Bases have been added.

2. New PVP quests in Esterra/Nosra have been added.

3. Rewards for existing Esterra/Nosra PVP quests have been increased.

4. Special Shulack Refiner can once again be used to make Siel's Weapon quest.